The examination ‘rules out’ those people with defined medical diagnoses (also including reduced vision and hearing) at a prescribed cut-off point. Those who are not ‘ruled out’ are regarded as ‘ruled in’. The conclusion is that you have not found that the candidate cannot carry out his job tasks; therefore, he is, per definition, fit for work.

Most of the PEME schemes focus on negative selection, less on positive selection. The detailed list of medical conditions in the international guidelines emphasizes this fact.

Sometimes vision and hearing also are included in the positive selection scheme. It is, however, hard to argue that a better vision than Snellens decimal notation 1.0 is needed, or that a hearing better than what is regarded “normal” (meaning the ability to hear pure tones of 20 dB or lower) is needed in any particular job position. Hence, it is my personal opinion that assessment of visual and hearing capacities are to be regarded as parts of negative selection.

This type of selection is common in selection for service in the military, in a fire brigade, as police officers and some other physically and/or mentally demanding professions.

In seafaring, the PEME also includes aspects of positive selection, but only to a certain extent. It is usual to carry out cognitive or psychometric tests in many clinics, mainly in the typical crewing countries and mainly du to enhanced PEME requirements. However, at present there is no evidence that demonstrates the validity of carrying out such tests, whether they are fit for purpose or not[1]. The diversity of jobs on board ship makes it difficult to design a physical or a mental test that actually corresponds to the job tasks the candidate is going to carry out in his profession.  Hence, it is wise to be careful regarding recommendations of specific physical, cognitive or mental tests and define cut off points for inclusion or exclusion of the candidate.

The table B-I/9 of the STCW Code[2] lists the minimum tasks a seafarer must manage, and the corresponding physical and cognitive capacity. There is also a third column, listing what the medical examiner should verify, but it has a general form, that makes the advice quite woolly.

The diversity of jobs and job tasks on board, call for a differentiation in testing procedures, should one decide to give advice that is more detailed. To be sure that the tests are actually ‘ruling in’ those who have the necessary capacity, the cut-off point of the criterion needs to be sufficient. To avoid that people with the sufficient capacity are not ‘ruled out’, the cut-off point of the criterion also needs to be necessary. Today’s medical examination schemes for pre-employment examinations, regardless of industrial sector or profession, rarely meet these requirements.

The illustration below (Figure 1) shows the connection between negative and positive selection. 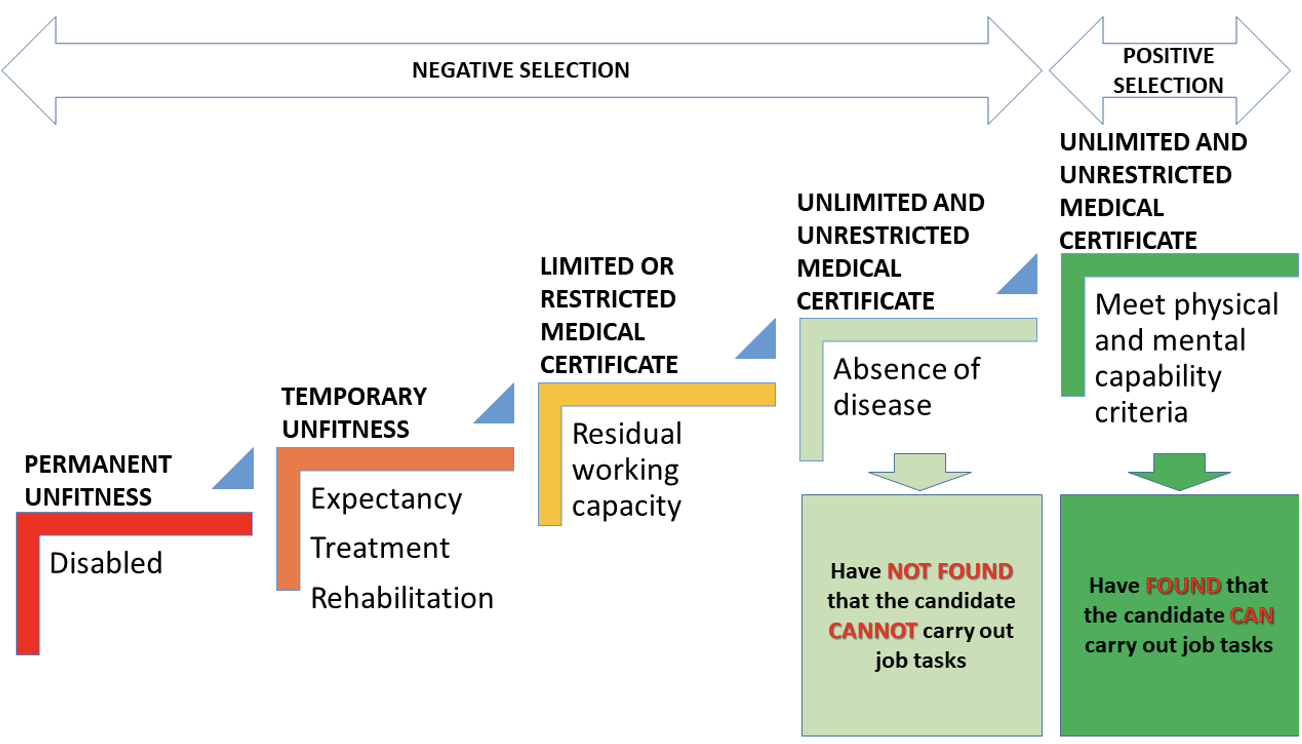 Figure. 1.  Relation between negative and positive selection. This model has been used in training of seafarers’ doctors by the NCMDM since 2009 – latest revision 2019